Last month at a local urban studies discussion group, University of the District of Columbia geography professor Amanda Huron talked about the grassroots work of Washington Inner-city Self Help (WISH) to stop the displacement of poor residents from the District. In the early 1990s, several WISH members brought their experiences to South Africa, building connections of solidarity with poor black residents there.

At the end of Huron’s talk, an audience member asked, “but how did poor people in South Africa know about WISH, a very local organization run by poor people in Washington, D.C.?” This was before the internet.  How did this connection happen? 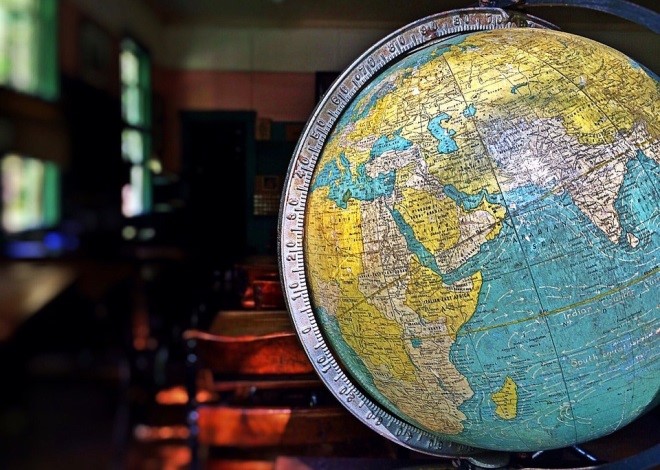 In my graduate globalization course last semester, we read for the first time Connected Sociologies by Gurminder K. Bhambra, a sociologist at the University of Warwick in the U.K.1 Her book was a revelation to me and the students. Bhambra criticizes a whole range of theories — theories of modernity, capitalist modernity, modernization, dependency, world systems, cosmopolitanism, global civil society, globalization, and so on — for assuming that the modern, the cosmopolitan, and the global are European in origin. The rest of the world is perceived as not yet global or just becoming global, thus only gradually becoming relevant to sociology.

Bhambra argues that more recent global sociology does not overcome these assumptions because it remains additive: sociology merely needs to be supplemented by additional data, voices, and knowledges from other countries. Often, sociologists listen to these new voices or data in such a way that only confirms what is already known in European or American sociology.

According to Bhambra (2014:108), privileging of European or American sociology constrains “the possibilities for a truly global sociology, either intellectually or practically.” Therefore, Bhambra argues, sociology must be fundamentally transformed to understand not only the present but also the past and the future of our global world.

To do so, Bhambra calls for “connected sociologies.” American sociologists’ focus on the United States — methodological nationalism — has obscured the centuries of global connectedness of sociology and the United States. Much of early American sociology came from nineteenth-century Germany, which was an empire   practicing   colonial violence and exploitation until 1918 and thus was very much connected globally. The same could be said for British, French, American, and other national sociologies, which have also always been global in this imperial sense. Globalization is not new. Bhambra (2014:3) wants to reconnect sociology as the study of modernity with the imperialism — “the historical connections generated by processes of colonialism, enslavement, dispossession and appropriation” — that made this modernity possible.

By recognizing how sociological knowledge about the nature of modernity is connected to imperialist violence, we can then begin to perceive other connections not visible in conventional sociology. We should thus practice a new kind of sociology.

With this new sociology, we might then see the connections between WISH and poor residents in South Africa as part of a long history of an “always-already” global world. I believe that such connections go beyond Bhambra’s focus on “the historical connections generated by processes of colonialism, enslavement, dispossession and appropriation” toward a globalization driven by people outside of Europe and the United States.

From the 1950s, for example, developing countries forged the Non-Aligned Movement, a global movement to build what they called a New International Economic Order independent from Western Europe, the United States, and the “developed” world.

The Non-Aligned Movement still meets today. Perceiving the enormous range of connections must change our sociological understandings of globalization — from globalization seen as recent or European-based to a variety of globalizations — but also must change the conventional American sociology practiced here in Washington, D.C.2 William Julius Wilson, Loic Wacquant, Douglas Massey, Nancy Denton, and others have demonstrated how segregation, advanced marginalization, and poverty function in the United States. If we practiced “connected sociologies” beyond the study of local social capital, we might discover the participation of the poor in a variety of globalizations.

We could look at the earlier global connections of the members of now-declining labor unions, members of churches in solidarity with those in Central America, the members of African drumming and dance groups, and the overlapping worlds of VISTA and Peace Corps workers. And these are just a few examples from D.C. We might then explore how these people became provincialized, made local or even isolated. Were they provincialized or are they just perceived this way?

These connections become apparent through practicing unusual forms of American sociology. Extremely few sociologists take part in the Association for Slavic, East European, and Eurasian Studies or other area-studies associations like the African Studies Association, the Latin American Studies Association, or the Middle East Studies Association. I have found that participating in such associations is not only additive, not only enriches my sociological work, but also exposes me to connections and globalizations outside those originating from Western Europe or the United States, as well as to scholars from these regions working on the cutting edge of global transformations and exploring concerns unknown to most American sociologists.

This exposure makes my practice of sociology strange in the U.S. context. It does not fit in any conventional sense. Those sociologists and other social scientists practicing area-studies know how many of their colleagues perceive their area-studies research and teaching as superfluous, at best as some additional information about another country and at worst as completely irrelevant to mainstream sociology. Yet, area-studies are essential for understanding globalization.

Thankfully, universities have been promoting globalization studies as part of their global branding. This provides a place for some of us in the university, but confined within the narrow and seemingly neo-imperial space recognized by university presidents promoting global mindsets and taking advantage of global opportunities to create value.

A “truly global sociology” both intellectually and practically would go beyond these narrow confines and the narrow confines of conventional American sociology through area-studies and other means to perceive the many global connections of seemingly provincial and local people in our “always-already” global world.