Using the Milgram experiment, can you analyze group members’ compliance to authority?

While Stanley Milgram’s experiments do not definitively explain all of the complexities of obedience to authority, especially in a group setting, his research does offer insight into how power dynamics may influence a person’s actions. Milgram, a social psychologist, discovered that the presence of an authority figure could, in some cases, cause individuals to act in contrast to their own morals. To get a better understanding of how authority can influence people’s actions, it is important to take a closer look at the different variations and conclusions of Milgram’s obedience experiments.

In his article “Behavioral Study of Obedience,” Milgram (1963) asserts that obedience is a “ubiquitous and indispensable feature of social life” and the “dispositional cement that binds” people “to systems of authority” (pp. 371-72). Milgram explains that the study of obedience is crucial:

Obedience…is of particular relevance to our time. It has been reliably established that from 1933-45 millions of innocent persons were systematically slaughtered on command. Gas chambers were built, death camps were guarded, daily quotas of corpses were produced with the same efficiency as the manufacturer of appliances. These inhumane policies may have originated in the mind of a single person, but they could only be carried out on a massive scale if a very large number of persons obeyed orders (p. 371).

In order to better understand why individuals and large groups of people would commit such atrocities, Milgram, while an assistant professor at Yale University, completed a series of experiments. He explored the conditions of (dis)obedience; he questioned to what extent would a participant in a study comply with orders from an experimenter to hurt another individual, even if the instructions may conflict with the participant’s morality? Under what conditions will the participant not carry out the orders and disobey authority?

Milgram conducted a series of experiments to better understand the conditions of obedience (Milgram 1963, 1965, 1974). In his first publication on the series, his experiment included 40 male participants between the ages of 20-50 years old with differing educational and occupational backgrounds who resided in the New Haven area and who were recruited for a study of “memory and learning at Yale University” (1963: 372).

In another condition,1 the verbal responses of the learner were taped, and “each protest [was] coordinated to a particular voltage level on the shock generator” in which at 75 volts the learner “beg[an] to grunt and moan,” at 150 volts the learner demanded to quit the experiment, at 180 volts “he crie[d] out that he can no longer stand the pain” and at 300 volts “he refuse[d] to provide any more answers to the memory test, insisting that he [was] no longer a participant” and must be let out (Milgram 1965: 60). 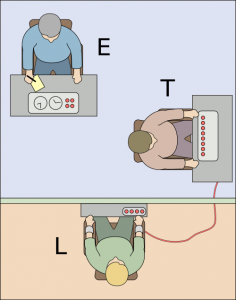 When the participant-teacher exhibited an unwillingness to continue with the experiment, the experimenter responded with a sequence of prods such as “[t]he experiment requires that you continue” (Milgram 1963: 374).

In the variation of the study detailed above, “[n]o subject stopped prior to administering Shock Level 20,” or 300 volts, and “[o]f the 40 subjects, 26 obeyed the orders of the experimenter to the end, proceeding to punish the victim until they reached the most potent shock available on the shock generator” (Milgram 1963: 375-76). In this case, and in other variations of the study, many participants exhibited what Milgram (1963: 375) termed “signs of extreme tension” in which they would “sweat, tremble, stutter, bite their lips, groan, and dig their fingernails into their flesh” in addition to having nervous laughing fits. A few participants even had seizures. Milgram reflects on the general findings of the experiments in the following quote:

“[The results] raise the possibility that human nature, or –more specifically– the kind of character produced in American democratic society, cannot be counted on to insulate its citizens from brutality and inhumane treatment at the direction of malevolent authority. A substantial proportion of people do what they are told to do, irrespective of the content of the act and without limitations of conscience, so long as they perceive that the command comes from a legitimate authority” (Milgram 1965: 75).

As part of the series, Milgram also considered (dis)obedience in relationship to group situations. For example, in one study, Milgram had three teachers in the room with the simulated shock generator. Two of them were actors and one of them was a participant. When the actors quit in the middle of the learning exercise, “90 per cent of the subjects followed suit and defied the experimenter” (p. 71). In another variation, an actor administered the shocks to the learner as the participant observed.

With this variation, only three participants out of forty defied the experimenter. In yet another condition, the participant and actors were tasked with deciding the shock level they would use to punish the learner for a wrong answer. Actors recommended increasingly higher shock levels. Some participants challenged the increase in shock levels while others went along with the actors.

Variations of Milgram’s obedience experiments have been replicated. For example, Jerry Burger (2009) partially replicated one of Milgram’s studies with similar findings. In Burger’s (2009) base condition, “[t]he percentage of participants who continued the procedure after pressing the 150-volt switch was examined,” and “70% of the base condition participants continued with the next item on the test and had to be stopped by the experimenter” (compared to Milgram’s 82.5% of participants) (p. 8).

In addition to their popularity, Milgram’s obedience experiments unsurprisingly have a number of ethical and methodological concerns, making it a “contentious classic” (Tavris 2014).Milgram’s experiments have been criticized recently for misrepresentations of the debriefing process (some participants were not fully debriefed), the experimenter’s off-script improvisation of prods, and Milgram’s selective reporting of results. Richard A. Griggs (2017) explains that some social psychologists have reinterpreted Milgram’s findings. Essentially, “this reinterpretation argues that the experiments were not about obedience to authority but rather engaged followership based on identification with the experimenter and his scientific project” (p. 33).2 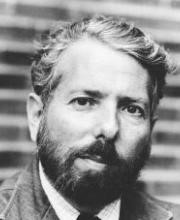 Are the Obedience Studies Still Relevant?

As the merit of Milgram’s obedience studies is continually revisited and questioned, and reinterpretations of his findings evolve, it will be interesting to see how Milgram’s experiments are framed and taught in the future. However, larger questions regarding the construction, operation, and maintenance of authority (and individual choice and resistance) in society remain pertinent.

What are authority’s forms, signifiers, and spaces of operation, and how is its power individually and systemically implemented?3 Whether in a lab coat, military uniform, or cassock,  Milgram’s studies, at the very least, remind us that we should be ever vigilant in the presence of authority: what it looks like, the power it wields, and how this power may be used to harm groups of people in society.

*Question was edited for clarity.

Milgram, Stanley. 1965. “Some Conditions of Obedience and Disobedience to Authority.” Human Relations 18:57–76.