The 2016 season of the National Football League begins with seemingly less talk about the controversy of the name Washington Redskins. In seasons past, whether or not Washington should change its name has been a wedge issue. Opponents of the name have said the label ‘Redskins’ disrespects Native Americans and symbolizes America’s racist history. According to opponents of the name, the name needed to go. Those who preferred keeping the nickname said the label ‘Redskins’ honors Native Americans. The label isn’t racist, and to say otherwise is race-baiting. To proponents, the name needed to stay. And anyway, proponents of the name would tell you, Native Americans themselves do not find the name offensive. The debate raged on cable sports TV. Arguments in sports bars were less politically correct. The team’s owner Dan Snyder famously or infamously, depending on your opinion, refused to ever change it.

In 2004, social scientists at the University of Pennsylvania published results of a survey of Native-Americans that supported claims made by the proponents of the name. A high percentage of surveyed Native-Americans were not offended that Washington’s football team was called the Redskins. That seemed to settle it, until opponents of the name rightly pointed out flaws in the study.

The sample was inaccurate. Americans with tenuous claims to Native Americanness participated. More damaging was that the survey excluded many Native Americans living on reservations. Noting that the matter was not sociologically settled, many sports writers and their editors rebuked Snyder and ceased using ‘Redskins’ in print, unless they were specifically covering the name controversy. Some TV sports commentators followed suit. The debate continued unabated.

Quietly, the Washington Post corrected some of University of Pennsylvania’s sampling errors and redid the survey. Researchers took more care to contact Native Americans on reservations, and in May 2016, John Woodrow Cox, Scott Clement, and Theresa Vargas published the findings. The second survey confirmed the results of the first. A very high percentage of Native Americans (90%) were not offended that Washington’s football team is called the Redskins. The findings were a major blow to opponents of the name, as even journalists who refused to use the name in print were forced to admit their concern might be misplaced.

So the Washington Post’s survey results seemed to settle the issue before the 2016 season, quieting the debate, providing ample evidence for the name to stay. What can be said?

Here, sociologists urge caution, both against despair that the name won’t be changed and against conviction that the name will remain. Sociologists themselves have debates, and one of their more passionate debates is over the pros and cons of the differences between quantitative and qualitative research. Though the arguments grow complex, basically, quantitative survey work is contrasted to the more qualitative approach of spending extended time on reservations, exploring the meaning of race as it emerges in the everyday lives of Native Americans.

Disputes about the Washington Post’s survey tend to be “quant-centric,” meaning fights within the boundaries of doing survey research, like arguing that the Washington Post survey may still include many Americans with tenuous claims to Native Americanness in the same way the University of Pennsylvania survey did. But there is a way to apply the sociological debate about quantitative and qualitative research to the Washington Post’s results. 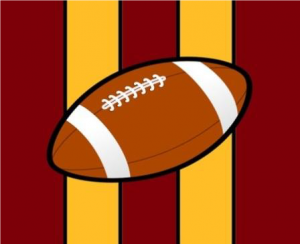 My home in sociology is the field of symbolic interaction, which focuses our attention on everyday context. We form questions around the problem of interpretation. This doesn’t mean we are uninterested in surveys. We certainly do not reject that 90% of surveyed Native Americans don’t care about the name. Instead, the survey’s findings raise difficult questions about interpretation. How does a name that is offensive to some White Americans, Black Americans and some Native Americans hold a different meaning for 90% of Native Americans? On the very survey questions themselves, many competing levels of interpretation might be in operation. Here’s Herbert Blumer in 1969, on the different meanings that are hidden in quantitative work; (keep in mind that “variable analysis,” means quantitative research):

One takeaway from this point-of-view is that Native Americans, when hearing a question about the
offensiveness of the name ‘Washington Redskins,’ may rank it low on the list of community issues that concern them. This list isn’t necessarily unaffected by the race relations between White Americans and Native Americans at the heart of the name controversy, though it would take different kinds of concerns and questions to find out if they are.

If you are a STEM person, someone who prefers the fields of Science, Technology, Engineering, and Math, you may be critical of this approach as “soft” science. But it is impossible to deny that the relevance of race varies from person to person. The question of how Native Americans qualitatively experience the nickname ‘Redskins’ can explain how those different meanings form in everyday life. A fuller account of such contexts of meaning must consider whether or not Native Americans have contact with White Americans at football games, obtaining a motif for the nickname. Consider the Native American couple who attended a Redskins game in 1974 and left the game as ardent change-the-name activists. As the wife recalls in Hunter Walker’s 2014 article in Business Insider:

We’re football fans and we can separate the team name from the game, so we went to a game. And we didn’t stay for the game at all, because people started—someone said something, ‘Are you this or that?’ So, we started to answer, then people started like pulling our hair. And they would call us that name and it was very weird for us. So, we just left and never went to another game. That just solidified it for me because it wasn’t just name-calling, it was what the name had promoted. That’s the example of what objectification is. You strip the person of humanity and they’re just an object and you can do anything [to them].

Of course, people inclined to side with survey findings have a point when they say that the wife’s account magnifies just one personal experience. The story is anecdotal, based on a sample of one, to prove that the name is offensive and therefore should be changed. Again, caution could be exercised. We need to include these accounts of personal experience as dynamic elements of public opinion to tell the fuller story of the Washington Redskins and what the name means to Native Americans, especially because these different experiences cause different meanings.

An either/or approach to the Washington Redskins’ name controversy should be avoided. Forming your opinion by privileging just one approach over the other, survey findings over the valid process of meaning-making or one person’s account over aggregate opinion, is unsatisfactory to both camps in the debate.