I recently got married, which is how I became an uncle (that role with the vague semblance of parental pride and concern for young children not biologically yours). My wife and I spent our first married holidays in New Hampshire with her parents, where my five-year-old niece Maddy removed her jacket to reveal a Star Wars tee shirt. Her grandmother feigned a gush and asked Maddy if she wanted to be Princess Leia. Maddy grew cross. She was not Princess Leia. She was Rey, the pro-feminist protagonist at the heart of Disney’s recent continuation of George Lucas’s well-known space opera.

There was laughter. My wife and I encouraged her. Quietly to me, Maddy’s mom lamented the lack of Star Wars-themed girl empowerment toys. For my part, as maybe all newly-weds do in uncertain interaction rituals marking the beginnings of legal-familial-assimilation, I overshared. I told a story about my mom. She is first generation Ecuadoran-American.

She was thirteen when a family friend took her to see Star Wars in 1977, and it was her first time seeing a movie, which would become a favorite pastime for her. She saw it at Uptown, the historic one-screen theatre on Connecticut Avenue, Washington, D.C. She often ends her recollection asking me, “Have you gone to Uptown yet?” Over the last year she has added, “Are you excited for Star Wars? I wonder if it will show at Uptown.” It would.

I saw it there. It was my first time at Uptown. I took joy in retracing my mom’s footsteps. After a lifetime of consuming film at labyrinthine mega-cinemas, I bought my ticket, walked onto the faded maroon carpet of the lobby and grinned at the absence of hallways. There is really one screen. Trying to imagine my mom’s feeling in 1977 was an experience of inversed awe at the quaintness of a single showing. 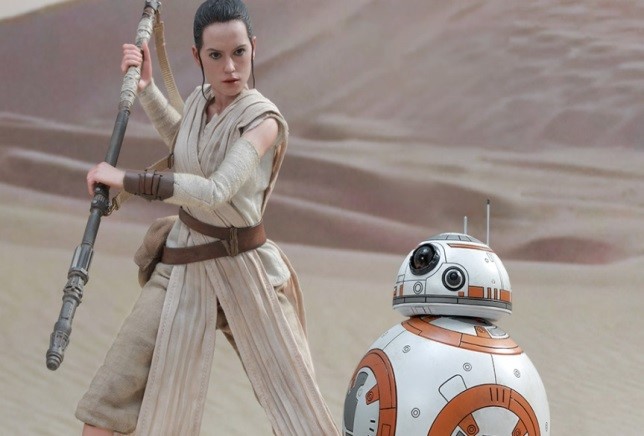 Then the same teal invitation offered to my girl-aged mom phenomenologically transported me from the same room she had physically inhabited to another galaxy in another time, a galaxy somehow ancient and technologically superior than ours. My mom’s highest education is a high school diploma. She wanted to go to college. My grandmother insisted she help at home, which she did for a couple of years. Then she married at nineteen. Knowing those facts, the time between my mom’s first movie and her first child seems galactic. The change of conceptions, expectations and representations of gender between my mom’s Star Wars and Maddy’s Star Wars is even more so.

To begin moving our issues out of personalist frames and into civic and collective frames of gender discussion, it would be great to have sociological talks about gender without commercial mediation. Sometimes you have to start with Star Wars.

I offer this short autoethnography as a way to juxtapose a symbolic interactionist approach to popular culture and cultural studies, recently exemplified by Cyberology, a blog started by sociology doctoral students at the University of Maryland. The site’s essay on The Force Awakens (Banks 2015) is 1,627 words long but can be drastically shortened with no loss of argument:

“Like a grad student who has not done the reading but contributes anyway, here’s a review of a major blockbuster film unseen by the reviewer. It doesn’t need to be seen because we only need to look at how it causes hypercommercialism. Films of the future will be sequences of sensationalistic action scenes keyed by utterances from nonhuman characters. The reason being that Hollywood execs prefer technologically enhanced nonhuman characters because you don’t pay them salaries and royalties so they more easily make for sellable toys. Not to indict the franchise, but nostalgia blocks us from recognizing Star Wars as a product of capitalist industrialization (no citation of Horkheimer and Adorno [(1944) 1972]). On a positive note, other media are having a good conversation about the film’s diversity.

Mainstream discussion of diversity should be better though, and the fact that diversity sells might be why capitalists do it. Which makes Star Wars a ‘successful investment vehicle.’ People might notice this once they realize they’ve put their emotions into such a vapid movie unseen by the reviewer.” 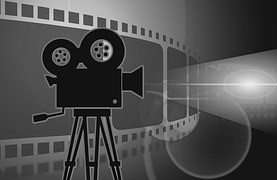 To think in this direction, it helps to look at public sociology as a communicative problem that may be more fraught with a crisis of attention and translation than we realize. Burawoy’s (2007:25) first thesis that sociology drifts left while the world moves right may understate this problem. Buroway (2007:30) nods to this fact when he calls for a “sociology of publics…to better appreciate the possibilities and pitfalls of public sociology” that draws from the likes of Park ([1904] 1972), Dewey ([1927] 1954), Habermas ([1962] 1991) and Fraser (1997), all of whom worried about the commercial structure of public attention at historical moments more amenable to sociology than today.

Although rarely cited in this regard, C.W. Mills (1959:171) articulated well the problem of public attention in his concept of the “cheerful robot.” People’s ability to become balanced, self-educating persons is paramount to forming genuine publics, but Mills (1959:170) took seriously the fact that leisure time is used “to play, to consume, ‘to have fun.’” Mills, however, displayed more sympathy than can be found in recent strands of studies of technology and popular culture.

It is not that people are unable to transcend their everyday lives to connect personal troubles to the institutionalized ambitions of capital. Instead, cheerful robot points to the tendency of consumption as one viable solution to relative powerlessness that continues and worsens today.

To use the parlance from one of my fieldsites, even Mills would “meet people where they are at.” Mills himself noted that sociologists must begin developing people’s sociological imaginations with the mass media.

A somewhat civil orientation toward media is why Mills agreed to appear on television, sadly dying right beforehand. Today, social movement actors know this all too well. In a changed media landscape that puts self-publishing tools in the hands of activists and flattens the space between them and potential sympathizers, movement actors begin to think organizationally about their relationship to broad audiences and the problem of attention — captured well in what I call communicative mobilization, a concept that may help us consider the promises and challenges of reaching publics outside of the academy.

Communicative mobilization does not conflate advocating for journalistic attention and media of all sorts, helping us secondly index the shifting relationships between movement and media actors. A rapid expansion of who counts as media partners accompanies the recent shift in power dynamics and changed strategies between social movement organizations (SMOs) and media.

In conjunction with self-publication, movement organization actors are thinking about their assumptions of what audiences pay attention to while accessing and shaping all kinds of media.

They may collaborate with cultural producers across the gamut: doing social media, editing scripts, advocating for diverse actors to play diverse characters, providing locations and footage, or participating in promotional campaigns.

In other words, “factual media” (Alexander 2006:80) may no longer be a sole priority of communicative mobilization for SMOs. It may be scandalous to suggest, but sociologists might consider such a shift as well.2 In fact, Alexander (2006:82-83) already opened up this theoretical terrain by minimizing the capitalist organization of media, arguing that diverse publics historically contributed a diversity of press on noneconomic issues. This continues to be true. The organizations in my research constantly publish noneconomic issues in digital media. However, in agreement with the bloggers at Cyberology, capitalist frames of media and technology deeply structure the work of communicative mobilization and the attention of audiences.

Against this, Alexander might argue that mass media are constitutional of a civil sphere, ascribing to media a symbolic autonomy. Alexander (2006:75) uses the passive voice in regard to media: “they” populate the civil sphere with the moments, stories and characters like pro-feminist Rey that help us grapple with the social justice or injustice of inclusion and exclusion. Relating media to movements in a bold theory of democratic justice and solidarity, social movements become “civil translations” (Alexander 2006:213) that communicatively push for democratic realization. On this, Alexander is aggressive: “In order to succeed, social movements…orient themselves not only to the state but to such communicative institutions as the mass media, which could mobilize persuasion rather than force” (Alexander 2006:229). At this juncture, it is unclear whether social movements or media have pride of place, and there is the matter of evidence that SMO actors actively and strategically mobilize with and against capitalist media. From the point of view of these actors and against Alexander, media do not autonomously fill civil society with democratic issues; contrapositively and against the cyberologists, capitalist media do not automatically exploit cultural dupes.

Communicative mobilization is a processual concept that moves between media as civic participation in public and media as consumption in “lifestyle enclaves” (Bellah et al. 1985:71).

It is a concept that may help us account for the shifting relationships between movement actors, cultural producers and audiences and the changing definitions of gatekeepers between civil society and the public sphere, which should be a concern when considering public sociology’s potential for publicity. Additionally, communicative mobilization indexes relationships to other forms of media like film and television that have been ill studied as nonjournalistic gatekeepers of the boundary between sociology and the public sphere.

It may also account for assumptions about audiences and strategies for their attention. Here I end on a note that communicative mobilization is fraught with a tension between ideal public sphere and actual existing public sphere contaminated by capitalist media. And it gets us nowhere telling folks, true or not, that a movie plays Jedi mind tricks on them.