By Hansel A. Aguilar

In the past few months, major U.S. media networks have (rightfully) expended considerable coverage to the unaccompanied immigrant minors (UIMs) crisis at the southwest border. The recent focus concerned the implementation of the Department of Justice’s short-lived “zero-tolerance policy.”1 In short, the policy required the absolute criminalization of migrants attempting to enter the U.S. at the southwest border without requisite travel documents or for not crossing the border at a designated port of entry (POE). Additionally, it allowed for state sanctioned family separations of migrants entering the U.S. with their children.

The parents were taken to immigration detention centers while the children were classified as “unaccompanied” and taken into custody of the federal government through the Department of Health and Human Services (HHS), specifically the Office of Refugee Resettlement2 (ORR). After considerable outrage and pressure from civil society, lawmakers (Democrats3 and Republicans4), celebrities5, medical and mental health professionals (American Medical Association6, American Psychological Association7, American Psychiatric Association8, American College of Physicians9 and American Academy of Pediatrics10) and international actors11, President Trump reversed the policy through an executive order.12 Although the recent policy changes resulted in the creation of a new category of international migrants (under the typology of UIMs), the existence of this sub-group of international migrants is not new.

Albeit infrequently, UIMs have been arriving at the southwest border for decades (IRC, 2014). The historical and current reasons minors have sought entry into the U.S. include: family reunifications; asylum; labor opportunities; academic opportunities. It is also important to note that there have been considerable numbers of UIMs who have been the victims of human trafficking and have exercised limited social agency in the process of their own international migration.

As the dust is settling from the media frenzy regarding the family separations, it is of utmost importance to remember the UIM phenomenon has not and will not go away anytime soon. This means that well intentioned onlookers and elected officials should not lose interest in advocating for sound policies regarding the care and well-being of these vulnerable children. Moving forward, there should be a more concerted and conscientious effort by the media, policy makers, and scholars to provide a more thorough understanding of this labyrinthine issue.

This article is an attempt to provide some clarity and important distinctions when approaching sensible, evidence-based solutions for this phenomenon. I will provide three important points that the public needs to understand about this occurrence and two recommendations for improving our responsibility concerning this susceptible group and alleviating the trauma and angst being experienced by the children.

The Pulitzer Prize-winning photographer for Getty Images, John Moore, had the world over discussing the ‘zero-tolerance policy’ with his viral photograph of an infant crying while a border agent pats down her mother. In an edited version, the photograph even made it to the July 2, 2018 (Vol 192 No 1) cover of Time magazine. The photograph and the magazine cover, however, represent a key problem with the current coverage of UIMs: there is a huge misunderstanding about who they are. The two-year-old Honduran child, from my hometown (Puerto Cortes), was not13 an UIM. Not even under the Trump Administration’s manufactured version of the term can Yanela be classified as an unaccompanied minor. She was momentarily placed on the ground as the Border Patrol agent conducted a person search of the mother, Sandra Sanchez.

The photograph and its erroneous usage demonstrate how, through the since-reversed policy, members of the public can be (mis)led to believe that unaccompanied minors are (only) the children that have been separated at the border from their parents. It is of utmost importance to remember that separated children at the border is a new phenomenon under the Trump administration and by best estimates14, this category of UIMs accounts for under 20% of the children in ORR care.

This is not meant to diminish the traumatic experiences of these children, but rather to show that the vast majority of UIMs (approximately 82%) obtained their status as a UIM from one of two equally problematic ways: (1) while attempting to enter the U.S., the child (under 18 years of age), without an adult parent or legal caretaker, is apprehended by Border Patrol, or (2) an undocumented child (one who may or may not have been a former UIM) who does not have a legal caretaker is taken into the custody of a law enforcement agency and subsequently turned over to ORR.

These two pathways account for most of the children in ORR care, with the former pathway accounting for the vast majority15 of UIMs. The important takeaway is that there is a spectrum of experiences in the ORR system and we need to be more informed of how terms, classifications and categories are being used legally and sociologically or anthropologically.

The ‘missing children’ were never missing, but the lack of follow-through is still a concern. The fact that the ORR was unable to contact 1,475 (former) UIMs for safety and well-being follow-up calls is absolutely problematic. In my previous experience as a case manager for unaccompanied minors during the Obama administration, these calls were an important aspect of the holistic approach to safe reunification. Even under the Obama administration, these calls were not always effective. ORR grantees were required to “attempt” to conduct a follow-up call within 45 days to ensure the children were well protected and still with their sponsors.

The attempts consisted of a case manager or another designee of the shelter making at least three phone calls to the child and the sponsor. If after three attempts the child or sponsor could not be reached, the program would just document the failed attempts and not be required to take additional action. This is the scenario that happened with the ‘missing children.’ Later reports and investigation into the issue revealed that part of the reason the children and sponsors were not answering the calls was because of a climate of fear being experienced by migrants under the Trump administration. 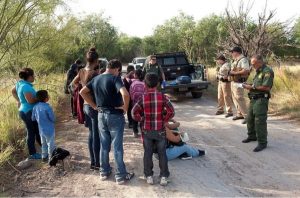 The calls themselves, whether under Obama or under Trump, still deserve more scrutiny. At best, these calls were comparable to a customer service feedback survey and at worst they were superficial documentation of the child’s safety and well-being. How much can one learn about the safety and well-being of a child in one phone call? The limited follow-through to check on the children, however, is not unintentional.

The reported missing children demonstrated why the ORR needs to be further challenged against their 2016 Congressional testimony16 that, once a child is reunited with a sponsor they are no longer ORR’s responsibility. This declaration made by ORR officials in the aftermath of the Marion, Ohio egg farm trafficking case (where several Guatemalan unaccompanied minors were placed in the hands of labor traffickers through the ORR’s reunification process) is emblematic of what sociologist Marc Jacobs has called the no-fault society.

Not Just a Border-State Issue

While it may be easy to lose interest and concern regarding issues that may not affect us directly, it is important to note that issues concerning unaccompanied minors are not just confined to border states. This is absolutely a local issue since many minors have and are continuing to seek reunification with family members in our area. As reported in ORR data17, there were approximately 3,000 minors reunified in Fairfax alone and approximately 6,000 minors in the Northern Virginia area from 2015 to 2017. The experiences of immigrant minors in our area should become part of our agenda for human rights, women’s rights, children’s rights, neoliberalism, and transnationalism.

A Couple of Recommendations

Susan J. Terrio, an anthropologist, has explored the unaccompanied minors phenomenon in her book titled Whose Child Am I? (2015) by gaining unprecedented access and visiting children in various shelters throughout the country. In her ethnography, Terrio chronicles the lived experience of minors in the ORR grantee shelters and demonstrates that the unaccompanied minors phenomenon is a significant social issue which requires the interdisciplinary attention of many more scholars and our public gaze. 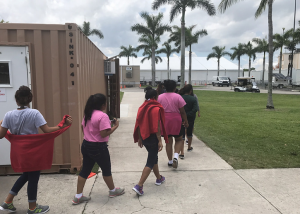 My two recommendations are: we should all aim to become more familiar with the publicly available quantitative and qualitative data about unaccompanied minors as it pertains to our specific geographic location; and let us challenge ourselves to situate the minors’ experiences within our public interests and academic studies (i.e. feminist theory, critical approach, conflict theory, critical ethnography).

Terrio, S. J. (2015). Whose child am I?: Unaccompanied, undocumented children in US immigration custody. University of California Press.

One comment on “The Other Story about Unaccompanied Immigrant Minors”