In January 2019, Dr. Erik Olin Wright, Vilas Distinguished Professor of Sociology at the University of Wisconsin, Madison lost his battle with leukemia. A Marxist sociologist and one of the most influential theorists in the discipline, Dr. Wright’s work focused largely on our social and economic condition. His work engaged with real world challenges such as poverty. Professor Wright also problematized theories of class structure and posited alternatives to institutions like capitalism.

In Envisioning Real Utopias, he asked the provocative question: what  would a world guided by alternatives to our existing social institutions look like? In his own words, the project sought “to join together discussions that take seriously the ideals of a just and humane world and ask what kinds of real institutions could embody these ideals and how can we transform the world in which we live to better approximate these ideals?”

Although utopias are imagined spaces of perfection, rarely did Dr. Wright’s work stay in the realm of utopia. One of the things that made his work so consequential was that he successfully showed us how ideas that might seem impossible in our society could in fact be quite pragmatic. His project was theoretically provocative and sophisticated, as well as empirical. To prove the pragmatic potential of real utopias Dr. Wright walked us through examples from all over the world such as participatory budgets in Porto Alegre, Brazil, the Citizen Assembly for Electoral Reform in British Columbia, Wikipedia, and the idea of unconditional basic income.

Of these examples, most of us are probably best familiar with Wikipedia and the peer-to-peer, collaborative platform it represents. Dr. Wright, however, takes it a step further, making the case for how this platform represents a “new form of non-capitalist, non-market production in the digital age” (Wright 2011:40). In other words, the platform represents a real utopia—an empirical alternative that is “organized around horizontal reciprocities rather than hierarchical control” (Wright 2011:40). It is hard to imagine a platform where anyone can feel empowered to participate and contribute while still managing a relatively high level of procedural efficiency, information accuracy, and organization.

Yet, this is exactly what we have in this new digital encyclopedic form. Another example of a real utopia which we might be less familiar with is the practice of participatory budgets that take place in Porto Alegre, Brazil. It is a great example of the process in a city of approximately 1.7 million people where anyone can expect to vote and contribute to the city’s budget via neighborhood assemblies. 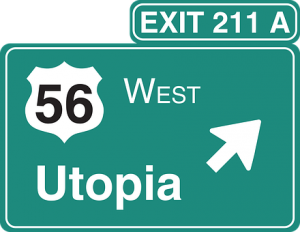 A couple of years ago, Dr. Wright visited George Mason University and I had the opportunity to hear him speak at a two-day workshop entitled “Amplifying the Concept of ‘Well-Being’: Public and Global Dimensions.” Dr. Wright spoke about real utopias and their centrality in a much larger intellectual project, that of emancipatory social science. I remember being both confused and intrigued by the idea. It was only my second year in my graduate program and I was still trying to find my footing. A key strength of Dr. Wright’s work, however, is that no matter your discipline, research focus, or social problem of interest, you could always find applicability in his work.

The idea of emancipatory social science as an intellectual pursuit and imperative has followed me over the years. In Envisioning Real Utopias, Dr. Wright argues that scientific knowledge necessary for overcoming human oppression “faces three basic tasks: 1) elaborating a systematic diagnosis and critique of the world as it exists; 2) envisioning viable alternatives, and 3) understanding the obstacles, possibilities, and dilemmas of transformation” (Wright, 2010:10). This is a key framework that guides my work focused on the future of criminal justice reform. 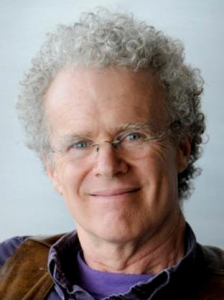 In my work I often struggle with the idea of whether the American criminal justice system could in fact be a sort of real utopia someday. By this, I mean could we actually have a system of justice where justice is administered in a fair and equitable manner? The desire for a “just system of justice” rings loud but so does the doubt that this could ever be. Yet, in the real utopias that Dr. Wright introduced us to in his decades long project, we see how the seemingly impossible can in many ways be possible as well as pragmatic. If we could envision a real utopia of criminal justice, what might such a system look like? How would it need to transform? How would it operate? I don’t have answers to these questions. The contributions of Dr. Wright are without a doubt significant, and his passing is a great loss for the discipline. I am convinced that his project will continue to inspire the work of generations of social scientists in many ways. It certainly has inspired me.