An interview with James W. Loewen

On February 4, 2016, The Sociologist (TS) interviewed Professor James W. Loewen about his scholarship on American history and race relations. Professor James W. Loewen is the bestselling author of Lies My Teacher Told Me, Lies Across America, and Sundown Towns. He is professor emeritus of sociology at the University of Vermont. He is visiting professor at Catholic University of America. Below are excerpts from the interview.

TS: Why did slavery become associated with race?

James Loewen: There were two key developments in European history that caused slavery to gradually become racial slavery.  The first was the Portuguese put together inventions:  gunpowder, cannons, ships with lateen sails, and military force—soldiers on board— and proceeded to make their way down the western coast of Africa.

The Portuguese used that force, and they also made deals with the coastal African peoples, gave them guns, liquor, and other Western products in return for people, in particular slaves from the tribes inland. The result was, pretty soon, most of the people who are enslaved in Europe are black and most of the people who are black in Europe are enslaved. And so there becomes an identity between those two groups.

The combination of the ability to enslave masses of people in western African and the economic situation that you could make a fortune of the unrequited labor in the Western Hemisphere led to the expansion of racially based slavery. It is important to teach this to K-12 students. Otherwise people wind up believing that racism is “natural” or that “whites are always racist.”

TS: The Africans were not obliged to sell slaves to the Portuguese, white racism doesn’t exist in a vacuum, what created this culture of racism?

James Loewen: There is plenty of guilt to go around in terms of the original Africa to America slave trade. The coastal tribes are definitely involved and in fact, when I was at two of the embarkation points in Ghana in 2003, I found that Ghana did a pretty good job of not letting themselves off the hook. A better job really than, at that time, the Unites States did in discussing the slave trade. However, just in the last five years or so, there are some places in the United States that are facing up to our participation in the slave trade more honestly. The immorality of slavery, racial slavery is apparent. So, how then is the dominant group, in this case, of course, the white group, to assert to itself that they are good people?

Everyone wants to think of himself/herself as a good person. Well, the answer has to be racism. These people are different from us, they are inferior to us. I quote a famous French philosopher who says, ironically, “they must be inferior else we cannot be Christian.” So, that rationale grows during the 1700s and continued growing pretty much until 1860.

TS: What is the role of the African slave trader in contributing to the superstructure of racism?

James Loewen:  Well, I am sure they did not think they were contributing to the superstructure of racism. Because, after all, they are black and they are dealing with Europeans on a level of equality. Now, of course, the Europeans are perhaps feigning this.  But in a given situation, people make choices and they are choices that may be in their short-term interest and not in their long-term interest. The coastal peoples who made these deals with the Portuguese and later the British and other slave traders did ok economically. So, this trading by the African coastal peoples was in their short-term interest but not in their long-term interest.

In the United States, the ideology of slavery—that is racial inferiority—was stronger in 1860 than at any previous point.  And it just doesn’t disappear in 1865. It of course does weaken during the Civil War and Reconstruction in the North as well as in the South, but it then comes back full force in 1890, because between 1890 and 1940, we grow more racist in our thinking than at any other point. And by “we” I mean white Americans. In 1859/1860, no white supremacist, no matter how racist, could say that slavery was an equal opportunity employer—that it is possible for black folks to get out of slavery and they had failed because they were inferior. But by 1910 or 1920, you could tell yourself that America is an equal opportunity country, and we are still telling ourselves that. And so, it is their own fault that they are so poor. So this is the era of 1890-1940, when Sundown Towns spring up all across the United States, and if these people are so inferior, why then would we allow them in our towns?

TS: Who are the Neo-Confederates?

James Loewen: They want to think well of their ancestors. Surely all of us want to think well of our ancestors. It is hard to think that your ancestors sacrificed their life in a war to justify slavery or racial inferiority. The other answer is white supremacy. Every time that the Confederate flag is waved among large groups of people, white supremacy is usually lurking in the back there. There is a sort of identification that cannot be gainsaid.

TS:  Where do you think this is going?

James Loewen: I think the present era is a very exciting time for racial relations.  I don’t mean to be a Pollyanna optimist. One example is the reaction to the horrific murders committed by Dylann Roof in Charleston which led to the take-down of the flag in South Carolina, which led to questioning of all Confederate monuments in the United States—that movement is ongoing. We haven’t seen the last of it. Also, BLM, Black Lives Matter, is another reason. I think we are moving to a place where we eventually will be post-racial. I think in the next, maybe 50 years, we will be much closer to that than we were during Reconstruction. Reconstruction was a very interesting time to be alive in America, and so it is today. 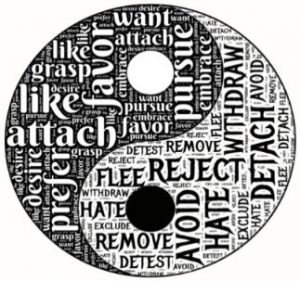