Although teaching and conducting research are the dominant career paths for professional sociologists, other forms of employment are growing in both number and significance outside of the academy. According to the American Sociological Association (ASA), a quarter of graduates who earn PhDs in sociology go on to work in non-academic positions.  Sociologists work closely with economists, political scientists, social workers, and many others reflecting a growing appreciation of sociology’s contributions to interdisciplinary analysis and action.

On October 15, 2015 DCSS hosted a discussion of the topic What Do Applied Sociologists Do at George Washington University. Panelists included: Andrew Clarkwest of ThinkShift Collaborative, John Czajka of Mathematica Policy Research, Diana Elliott of Pew Charitable Trusts, Theresa Goedeke of U.S. National Oceanic and Atmospheric Administration, and Christopher Tamborini of U.S. Social Security Administration. The panelists shared their experiences from a variety of nonacademic job markets. Below is a summary of their remarks.

Understanding the World from the Ground Up

Panelists affirmed that sociological training provides the skills to examine issues from the ground up. For example, in her position at the Pew Charitable Trusts, Elliot works with a team of survey researchers, economists, and sociologists to understand if and how Americans save money. Survey data often obscures the complicated relationship Americans have with money, leading to misleading assumptions about short-term economic security as well as longer-term economic growth. Elliot’s training in sociology provides her the necessary analytic skills to understand American debt — how families hold it, their attitudes toward it, and how it relates to their overall financial health.

Tamborini, Czajka, and Clarkwest  agreed that their sociological training gave them the tools they needed to go beyond general survey data in order to understand the underlying reasons of individual or group actions; for instance, why individuals use (or don’t use) government programs. Czajka noted that sociology provides the critical thinking skills necessary to conduct focus group interviewing, construct survey questions, as well as formulate research questions.

Unlike the other panelists whose workplaces employ a number of people with social science backgrounds, Goedeke is only one of two sociologists working in her office; she said that unlike her colleagues who are trained in the hard or physical sciences, her training has helped her team understand the how individuals relate with their physical environment.  Goedeke has helped inform environmental planning related to natural and man-made disasters as well as general land management.

All of the panelists noted that their sociological training has made it possible to discuss complex issues with members of the public, policy makers, and educators and see a real public impact. This is not always possible in the academic setting.

Panelists revealed that they often felt constrained when writing about empirical findings in public reports, although sociological theory always played a role in how their research was directed. The panelists said that it is sometimes difficult to explain to others what sociologists do without naming sociological theories or using academic jargon. Unlike other professions, such as economists, most job postings that sociologists qualify for are not directly marketed to a sociologist. These postings rarely use “sociologist” in the job title.

In fact, none of the panelists use “sociologist” in their job title. Panelists suggested that job seekers search for different types of positions including social science analyst, statistician, project manager, policy analyst, research associate, qualitative analyst, or research coordinator.  Given the vague job titles, sociologists are competing with economists and other candidates with social science degrees for a limited number of jobs. However, many of the skills sociology students learn in undergraduate or graduate school are exactly the types of skills employers are looking for. Sociological training fosters critical skills that prove to employers that you are a problem solver. Advanced sociological training often includes training in quantitative and qualitative methods. 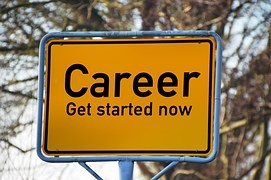 Panelists stressed that sociologists need to highlight their research skills to employers. Panelists noted that quantitative skills are often the most desired skills because employers need staff that can gather basic data and organize the information in useful ways.

Don’t rule out applying for jobs with local or state governments, cautioned the panelists. Clarkwest and Goedeke mentioned that their first jobs were with local government agencies and they were hired because of their empirical and survey skills. These are great entry-level job skills for students with undergraduate or graduate degree. Panelists were also asked what classes they wish they had taken more of in graduate school. Tamborini suggested that students should consider taking classes in longitudinal analysis in order to work with large data sets which are used by federal and local government agencies to conduct program analysis.  Tamborini also said federal and research agencies are looking at how to take advantage of large administrative datasets to supplement survey data.

Several panelists mentioned that Geographic Information Systems or GIS is becoming a critical skill because more and more data are collected with geographic markers. Panelists also suggested learning to use some of the newer statistical graphing packages such as R or Tableau.

Networking is just as critical for applied sociologists as it is for academic sociologists. Czajka suggested joining local sociological or professional associations related to your research areas. The ASA also has a section on Sociological Practice and Public Sociology. Local workshops provide great networking opportunities. Internships are a great way for students to gain valuable work experience, and can lead to permanent employment. Students can determine the appeal of non-academic work through an internship.

Elliott said she recently attended a meetup to network and learn more about using open source data to understand social and economic trends in the District of Columbia.

Sociology is often perceived as an academic profession, but employers do place a strong value in sociological training. The number of sociologists employed by the government or research organizations often pales in comparison to economists, but panelists clearly demonstrated that sociologists are working in a variety of settings and contributing to solving social and economic issues. As long as sociology graduates understand the various career paths available to them and learn to effectively highlight their skills, their career options are many.