I was born into a large Roman Catholic family and had a homemaker mom and working-class dad who were raised during the Depression. It was here that I learned the habits of frugality and never imagined that affluent people could be frugal too. But, that’s what I found during my research on climate change activism in Washington, DC. Climate change activists are those folks trying to persuade corporate and governmental bodies to step-up the policy response to global climate change.

Last fall (2015), with a team of graduate students, I surveyed 153 climate change activists in order to learn what motivated them. Some were present when Pope Francis spoke at the US Capitol and others attended different protest actions at the Federal Energy Regulatory Commission, Freedom Plaza, and the American Petroleum Institute. Though I had a lot of activists respond to my questionnaire, I was interested in the most affluent. After sorting my data I interviewed 28 individuals in greater depth —these were people with household incomes over $100,000.

I have interests in social class and social reproduction (social reproduction is the way social status and culture is passed down through family generations), so I asked people questions about their family origins and the education, occupation, and wealth of their parents and their grandparents. Besides finding that nearly all climate activists came from left-of-center families, I also found that about half of my interviewees identified with some form of frugality retained from their childhood. Not everyone practiced the same type of frugality nor did they have the same motivations, but I encountered a set of stories in which I identified about ten different frugalities among affluent activists.

Moreover, I also found that these activists were reproducing what Pierre Bourdieu ([1979]1984:178) called a “taste of necessity,” defined as the preference (due to economic conditions) that the poor and working classes have for certain goods and practices, even after the necessity had dissipated. I list these frugalities below. 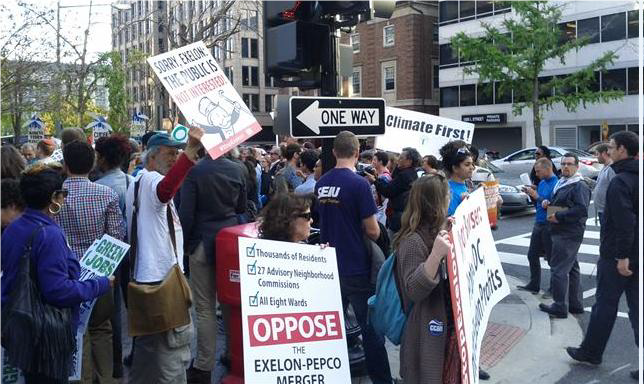 (1) As expected, some activists spoke of a frugality due to economic constraint (e.g., being born into poverty), like Bourdieu’s taste of necessity, people had no choice but to be frugal, but even as the necessity was now gone, like a type of momentum, some now affluent activists still maintained their frugal habits.

(2) Somewhat connected to necessity but with less economic constraint, there was a frugality that tended toward thrift and cost savings in order to have resources for other purposes. Some activists spoke of conserving money in one area of their lives for the sake of another.

(3) There was a “waste not” frugality; which is a responsibility to conserve for its own sake — a mindfulness/conscientiousness — as if resources were sacrosanct and had their own worth. This was a type of morality, and resources were seen as a common store of goods that other entities (people, animals, or plants) shared. Some interviewees spoke of an obligation to use items to the full extent of their useful life; (they only consume precisely what was needed; or why buy something new when the old one still worked?)

(4) There was a related “waste not” frugality that was repackaged as environmental stewardship; this was a type of moral obligation to walk gently on the earth.

(5) Some respondents said they were cheap — like miserly — and another added a caveat that they just didn’t want to buy what they termed “stupid shit.” Being cheap or miserly is another type of frugality in its own right; however, it was sometimes associated with one of the other frugal motivations like thrift, mindfulness, or environmental stewardship.

(6) There seemed to be two types of oppositional frugality: (a) one that avoided giving money to utilities or corporations who “do just fine.” This type is seemingly motivated by protecting one’s belongings from the manipulative grasp of institutional others; and also (b) a more intense and related rebellious/spiteful frugality: this type is resistant and almost combative at the hint of manipulation or injustice—against consumer culture, corporations, or the human causes of climate change.

(7) One interviewee spoke of a frugality related to some economic downshift movements called degrowth and buen vivir — Spanish for living well. (Demaria et al. 2013; Illich 1973; Latouche 2009, 2014). These movements promote frugality for purposes of environmental preservation and conviviality. The intent is to simplify one’s life —with its multiple benefits — in a tradeoff for time with family and friends. Interestingly, Bourdieu ([1979]1984:179) also theorized a “convivial indulgence” which he attributed to the lower classes and their taste for necessity. Put simply, those of modest means have more social fun.

(8) I also encountered a nostalgic frugality, like the hanging of one’s laundry or wearing tattered clothes reminiscent of childhood. This frugality was deeply meaningful and seemed like something of an animist devotion: an “offering to the gods” of one’s memory. For instance, one respondent expressed what a wonderful experience it was for her to hang her laundry and remember her grandmother while also reducing her carbon footprint.

(9) Similarly, there was frugality for its own sake; a learned frugality that departed from necessity and motives and simply became habit. As one interviewee who still cut her own hair quipped, “It’s an ideology!” She felt locked into certain behaviors and though she had “reasons” for her frugality, her frugality was somehow outside the realm of reason.

(10) Finally, there was a type of playful or competitive frugality; practiced for fun or sport. For instance: who can buy the nicest cheap dress or get the best deal on a shopping item.

The results of the interviews show that frugality is far from simple. It can vary in its causes and motivations — from constraint to habit to nostalgia — and even people of affluence can preserve behaviors that seem to contradict their economic status. Moreover, similar to the way second-generation immigrant children lose their parents’ foreign language skills, frugality — like a dying cultural phenomenon — appears to decline as people become wealthier.

I must reiterate though that only a minority of activists were highly committed to frugality; some even tried to pass it on to their children, who were not always receptive. There were other activists who made fun of frugality; looked down on it, thinking it was silly. This dynamic reveals an interesting tension among affluent climate activists.

They are not a monolithic group, neither in personal habits nor motivations, though they can unite for a common cause. Although I don’t think frugality will necessarily “save the planet,” I don’t see how it can hurt: anything that helps activate people to promote awareness of climate change has got to be a good thing.