An Interview with Bhoomi K. Thakore by Briana Pocratsky

On April 10, 2017, The Sociologist (TS) interviewed Dr. Bhoomi K. Thakore, Assistant Professor and Chair of the Department of Sociology at Elmhurst College. Dr. Thakore recently gave a presentation at George Mason University as part of the graduate student Public Sociology Association (PSA) speaker series titled “Fostering Civic Engagement: The Social and Political Dimensions of Race.” Her research primarily focuses on race, the media, and inequality. Dr. Thakore is the author of the book South Asians on the U.S. Screen: Just Like Everyone Else? The book discusses stereotypical representations of South Asian characters in contemporary popular television and film. Dr. Thakore uses audience reception to understand changing perceptions of race in the 21st century.

TS: In your book, you explain that popular media in the U.S. tends to represent South Asians in stereotypical ways. What you mean by “stereotypical representations” in the media?

Bhoomi K. Thakore: There are representations that tend to rely on our quick gut reactions and assumptions about different groups in our society. When we look at the role of stereotypes as it applies to racial groups, they become particularly damaging, especially when we think about the racial hierarchy and its history in the United States. Stereotypes tend to be reproduced by these media representations in that they rely on the lowest common denominator of understanding, characterizing, and perceiving different groups.

TS: Can you provide an example of a stereotypical representation of a South Asian character in U.S. media?

Bhoomi K. Thakore: The classic stereotype of South Asians in the media is Apu from The Simpsons. Apu is a good example because the show is still on the air after around thirty years. Apu exudes the very stereotypical representation of South Asians in that he has an accent, he is different from everyone else, and he tends to be the butt of jokes as a result of his otherness or difference. There are larger repercussions of that when we think about the status of immigrants in our society and how people who are not seen as assimilated into American society are treated as other and are often ridiculed as a result, either in comedy or in more severe instances. 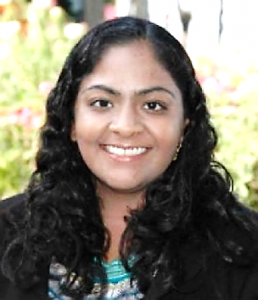 TS: Is there an example of a multidimensional South Asian character that contradicts or challenges these stereotypes?

Bhoomi K. Thakore: A character like Mindy Kaling from The Mindy Project or even Aziz Ansari in Master of None are instances that do a good job of challenging what we have seen historically. They are both on a streaming service, which is a non-conventional media outlet, and there is a lot more freedom on what they can do through those outlets. Both characters break the mold regarding overt stereotypes of South Asians.

Being South Asian is not who they are, it is just a part of who they are. This comes out in their family dynamic, ethnicity, and the things they consume, which I think is the experience for most ethnic Americans. They are not confined by the limitations of networks. The Mindy Project is an interesting example because it was on Fox, and it was cancelled. Now it’s on Hulu. Since being on Hulu, they have been able to make some of these interesting transitions in a way that they weren’t necessarily able to when the show was on Fox. Although, I still tend to be critical of both of those representations.

TS: Why is the study of media representation so important?

Bhoomi K. Thakore: The media is a major influence on the way we understand our society. The media helps us to navigate how to interact with people and to understand our social spaces. Sociologists have long understood that, but the role of the media in the socialization process is becoming more and more significant. When we think about representations in the media, the subtle messages or not so subtle messages that come out of these representations have the potential to have negative impacts for how we interact with people and understand our social space.

TS: Based on your research, have popular film and television improved the way in which they depict South Asians? Are characters becoming more multidimensional in relationship to race and ethnicity?

Bhoomi K. Thakore: I think the media overall is getting better. We can look at examples of racial and ethnic, and even gender, groups in the media and understand how the stereotypes are not as overt as they used to be. In many ways, they’re covert, subtle. But, the tenets of the stereotypes are still embedded in the characterization of these representations. I think that can be equally damaging. What ends up happening is that there is a subconscious way of reading and understanding these representations. While it’s not as in your face as it used to be, the by-products of these subtle stereotypes is that they become ingrained in our psyche and in turn we don’t really challenge these stereotypes as we have understood them historically, leading up to today. It’s getting better, but I tend to be somewhat critical of these representations.

There is a political economy of the media that tends to inform how these representations are created, how actors are cast, and what storylines actually get to production. This becomes a big part of our understanding of what images are on the screen in the first place. In the 21st century we can acknowledge that that screen is no longer what it used to be with Netflix, YouTube, and independent film. There are avenues where these stereotypes can be broken and different stories can be told. In that sense, there is a lot of progress being made, but there are still places that can be improved.

To be able to fully understand the impacts of media, we need to understand how these representations resonate in society. It is useful to take a media product and examine the content, but that’s not really a good sociological intervention. To make a content analysis sociological, we need to expand that content analysis across wider audiences and really get at the impact of this particular content on audiences as a whole and be able to get at systematic conclusions about how this representation resonates. I see sociology intervening in this important field of media through audience studies.

TS: Simply avoiding problematic depictions in the media is nearly impossible. What advice do you have for someone who wants to be a responsible and thoughtful consumer of media?

Bhoomi K. Thakore: Always have both eyes open when you are watching the media. When something doesn’t feel right to you in the media, that’s probably significant; when something feels stereotypical or one-dimensional or limited in its characterization, that’s probably significant. Through that lens, you can better understand how that representation you are consuming is limited and how these things tend to happen across representations.

This awareness will also help you in making decisions about what you do consume. The easiest corollary to this is news media. When a story doesn’t sound right to you, you know it’s coming from a biased source. You are more inclined to identify other media outlets where you can get a more balanced perspective on that news story. This places as lot of responsibility on the consumer. It starts with really understanding the things that you are watching

One comment on “Representations of South Asian Characters in U.S. Media”