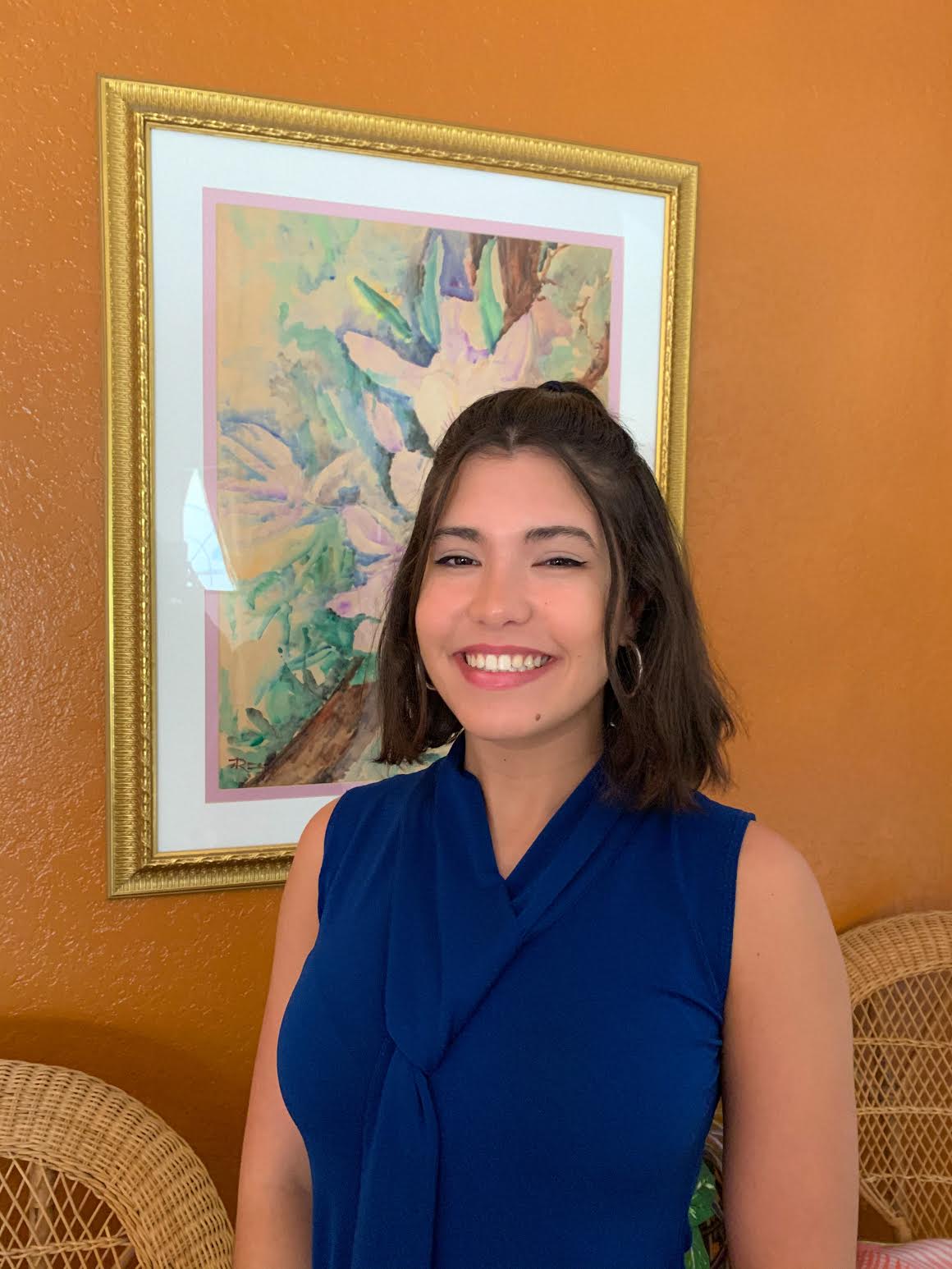 I was inspired to the reflections that follow by Dr. Cecilia Menjívar’s February inaugural address as president-elect of the American Sociological Association, reprised here as “Immigration Policy, Legal Status & Enforcement through Three Decades of Research among Central American Immigrants in the United States”, and by the article she co-authored with Dr. Andrea Gómez Cervantes, “Legal Violence, Health, and Access to Care: Latina Immigrants in Rural and Urban Kansas”. The former is an overview of the emotional, physical, and material stresses experienced by Latino immigrants to the U.S. as a result of increasingly hostile and arbitrary laws, policies, and enforcement practices beginning in the 1980s and accelerating in the administration of Donald Trump.

My interest in immigration grows out of my lived experiences coming to the United States from Puerto Rico to attend college beginning in 2016. The year Donald Trump was elected, I moved to the United States and started my undergraduate academic career at the University of North Florida (UNF). A year later, Hurricane Maria tore through Puerto Rico causing deaths, tension, and social upheaval. As a result, I began to think about the ways in which my status as a first-generation Puerto Rican immigrant could change during that administration. I asked myself, “Is the United States going to ‘sell’ Puerto Rico and would I lose my citizenship because of this?” I delved into the social sciences to further understand and answer my questions, and I am currently a first-year sociology graduate student at The George Washington University. My studies and upbringing have helped me understand that governmental administrations have a civic duty to alleviate feelings of fear from our communities, and as such political change is crucial for immigrants.

At UNF I cultivated a relationship with Dr. Jennifer Stuber, sociologist and qualitative researcher, who focuses on studying inequality. After many office hours and conversations about the systemic issues, inequality, and racial injustice that plague society, I had decided—more like I knew—that I was made for sociology and my purpose lay in creating change for people of color. In 2019, I took Dr. Stuber’s qualitative research methods course, and I learned the importance of asking questions and listening. I pondered the proposition that it is only through qualitative research that we can create a space for individuals to amplify their voice and story, creating narratives where we attain the details about their worlds.

That spring, Dr. Stuber offered me a paid position to conduct research on the experiences and attitudes of Latino immigrants and workers in the elite ski town of Aspen, Colorado because of my interest in immigration and my qualitative research and Spanish speaking skills. Specifically, we wanted to investigate the living and housing experiences of Latino immigrants and workers. My assignment and role as lead researcher entailed conducting interviews in Spanish with Latino workers and mentoring another student on qualitative research methods. Some of our research is used by Dr. Stuber in her 2021 book, Aspen and the American Dream: How One Town Manages Inequality in the Era of Supergentrification. Within this book, Dr. Stuber highlights the ways in which middle class and Latino residents navigate the highly gentrified geospatial area of Aspen.

As I interviewed and shared often revealing conversations with Central American and South American immigrants, I realized our stories were not so different. I wasn’t an outsider looking in. I saw myself as the mother who had left her seven children in Mexico and worked sixty hours a week to save money to hopefully bring them one day. I saw myself in the daughter who feared that the U.S. Immigration and Customs Enforcement (ICE) raids would take her mother away. And I saw myself in the twenty-year-old man who had spent months walking to the border for a new life. There was a general sentiment that life in the U.S. had become increasingly hostile due to the Trump administration’s explicit anti-immigrant and xenophobic rhetoric, as well as ICE’s increase in arrests.

Drs. Menjívar, Gómez Cervantes, and Stuber all focus on the sociology of place as a key variable in how trends actually play out in people’s lives. And I see now that the answers I was getting to the research protocol questions were shaped by place: a more benign location like Aspen contrasts with the world Menjívar and Gómez Cervantes explore in Kansas. I found some of the same phenomena discussed in their article but not to the same degree— fear of family separation, fear of contacting medical institutions, lessening of mobility, and coping mechanisms (Cervantes and Menjívar 2020).  For example, the fear of family separation was present throughout my intimate conversations with Latino immigrants. This theme is evident with individuals like Ana[1], who said, “Um… So that doesn’t affect me because – but at the same time I know that my mother has to go to court sometimes to pay her bills and I don’t feel okay with that. I go for her and if not – I – If I hear something I go for her so that nobody comes near here because – no – not to take her away from me. Yes… That is my biggest fear.” (Santiago 2019)

My research questions were shaped by the larger concerns of Dr. Stuber’s study that explored place-based class differences in the U.S., using Aspen as a case in point. Thus, my questions were somewhat less about immigration and more about economic living and working conditions in and around Aspen, particularly around employment and the stress caused by lack of affordable housing. Aspen is a tourism-based community that is wealthy and basically liberal in its attitudes to its working-class population, which is heavily Latino. This contrasts with the poorer and more conservative Kansas communities in which Drs. Menjívar and Gómez Cervantes did their study. These questions led people to report on why they had come to the Aspen area, how they felt about employment there, and how they were handling the problem of housing. Within the interviews I conducted, many of the respondents expressed how they were happy about finding work and with the pay they received in Aspen and the surrounding towns. Alejandro states, “[In El Salvador], they earn five dollars a day, while here you’re making twenty dollars per hour. That’s a huge difference.” (Stuber 2021:206) Additionally, many Central and South Americans highlighted that one of their reasons to move to the U.S. was to escape the existing violence within their native countries. Alejandro also states,

“In my country, I was a student studying for a language degree, but it’s just not safe. If you go out, the gangs can murder you, kidnap you, or whatever, so I decided to come here so that I wouldn’t have to take that risk… I made the decision to come because of, let’s say, more than anything else, the circumstances of my country.” (Stuber 2021:206)

Even though Central and South American immigrants expressed feelings of emotional pain about the sacrifice required to move from their home and leave family behind, and in some instances exploitation, they also discussed the economic and social benefits of moving to the U.S. Through the process of moving to the areas surrounding Aspen, the immigrants that were interviewed stated how they have been able to create their own communities with other immigrants.

I wonder if I did not have enough time to establish trust with my participants, if I did not ask the right questions, or if I should have probed more in certain instances. As a developing researcher, I hope to learn from the experts on how I can ask questions that further reflect on vulnerability and the meaning of status for Latino immigrants.

But I also recognize that it is important to think about the ways in which we can use interviews as interventions to diminish inequalities in society. My experiences and research opportunities have made me realize how the interview process is crucial for building a space of healing for Black and Brown people. This not only helps people make sense of their story, but it also helps social scientists understand the sociological issues and what interventions could help diminish them. I hope to continue conducting ethical and sound research to create a platform to amplify people’s voices. I plan on applying to doctorate of psychology programs to learn more about the clinical side of psychology, counseling, and practice. This step will help me in my career goals of opening a safe and affordable space for Black and Brown people to tell their stories and cope with the psychological effects that oppression and exploitation perpetuate.

This summer, I will be presenting at the annual meeting of The Society for the Study of Social Problems in the session “End Inequality: Transformations in Disparities Research and Interventions”, which gives me the opportunity to share my experience as a first-time field researcher and the ways in which social scientists can intervene to diminish inequalities through academic research. I offer two key principles for field research among vulnerable populations: (1) the need to frame intervention as part of your intention in fieldwork and (2) the need to understand the power dynamics that will shape your field work (Díaz Quintana 2021). I am hopeful to see change, but it is only through intervention and through policy changes that this will happen.

Dr. Cecilia Menjívar, I thank you for your contributions, academic activism, and response to this issue. Now more than ever, the hope you bring us and the younger generation is inspiring. It is only through asking questions and seeking answers that we can access information for intervention. As Dr. Menjívar says, these approaches will not be easy to implement, but it can be a start to a better world for Latino immigrants.

[1] Interviewee names are pseudonyms to ensure privacy and anonymity

Díaz Quintana, L. 2021. Reflections on the Importance of Intention and Role by a First-time Field Researcher.

Stuber, Jenny M. 2021. Aspen and the American Dream: How One Town Deals with Inequality in the Era of Supergentrification. Oakland, California: University of California Press.